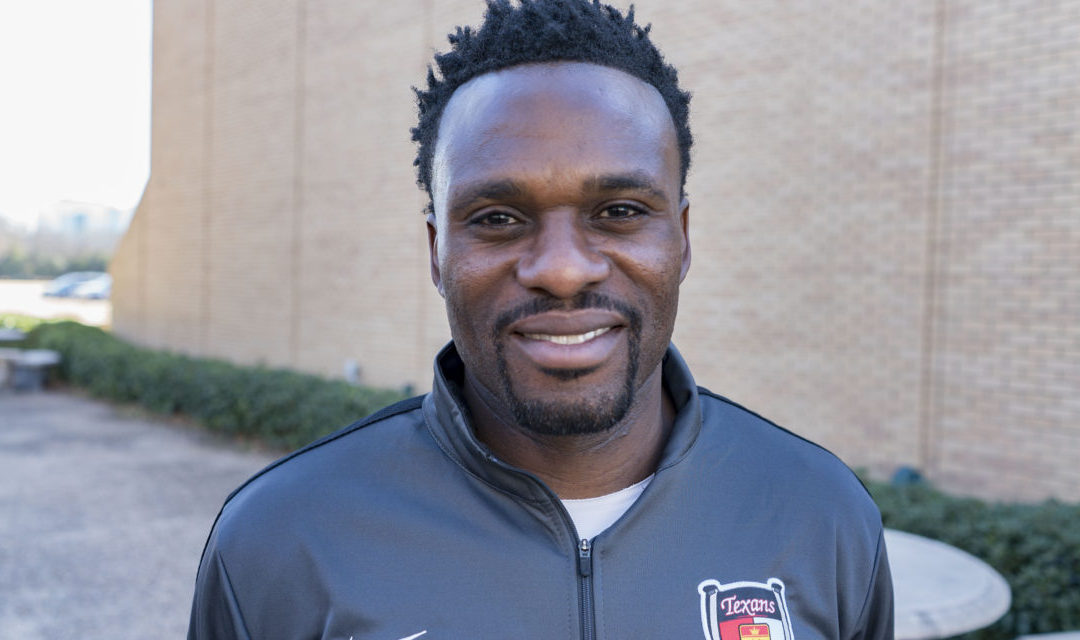 Dallas, Tx – The Lady Crusaders soccer team has a new Head Coach. Local high school and club coach Patrick Shamu, of the DFW area, has accepted the position with DCC athletics and is on the recruiting trail looking for new prospects.

Coach Shamu comes to Dallas Christian College after a successful playing career that saw stops with Paris Saint Germain, the Dallas Sidekicks, Dallas Burns, New England Revolution, Columbus Crew and the Tampa Bay Mutiny. His most successful stint was with the Dallas Sidekicks of the Major Arena Soccer League where he played for 11 seasons becoming one of the franchise’s all-time statistical leaders. Following his indoor career he spent several seasons bouncing around the MLS.

During his time, spent growing up with Paris Saint Germain Academy and first team his faith became a vital part of who he is. PSG introduced him to God and provided a church based education for him and his teammates. As he grew he continued to grow in his faith and it became very important to him on a personal level.

Coach Shamu commented, “My family left for the United States at a very young age and the Academy provided me with the Church and a foundation for my faith. As I grew so did my faith and now that I have kids it’s something that we’ve passed on to them and made a priority.”

It was during his playing career that Coach Shamu discovered his love for coaching and began coaching with the FC Dallas Academy in 1995. From 1995-2004 he was able to grow as a coach and develop a reputation for helping young players develop. Coach Shamu left FC Dallas Academy in 2004, began working with the Dallas Texans Club in 2005, and took his first High School job at Trinity Christian Academy that same year. Trinity Christian Academy has won one State Championship under Coach Shamu.

“I was interested in the job at Dallas Christian College because it provided a challenge and allowed me to move into the college game. I enjoy seeing my athletes grow in soccer, but also in life as people,” said Coach Shamu

Athletic Director Jordan Strom had this to say, “I’m incredibly excited to add a coach of Patrick’s quality to our coaching staff. He is very well connected in the DFW soccer scene and has done some incredible things at the Club and High School level. The natural next progression for a coach is to see if you can do it at the collegiate level and I believe that he can. Not only are we getting an incredible soccer coach, but a man that will push his student-athletes to grow in their faith and as people. I couldn’t be more proud to have Patrick on board at Dallas Christian College!”